Moosader LLC is an independent game studio & software company in Kansas City, KS, founded by Rachel Morris. It was officially established as an LLC in 2015, though had been around as a game development community and name that Rachel published games under since at least 2008.

The focus of Moosader is to create games that are different from what is currently out there – this includes educational games for topics like languages, games that tell unique stories, and in general, games created to be the types of things we would like to see out there, but that does not currently exist. We also occasionally work on educational materials in other forms (like videos), teach workshops, and build custom apps and games.

Additionally, the “Moose Team” isn’t the traditional fare that you would expect from a game development startup. In order to create unique games, you need to bring in different types of people. We work with our team on building up skills with game development tools and processes, so that they can also tell their own stories and create their own worlds. Moosader isn’t just about making games – it is also about fostering creativity and guiding our team to meet their individual goals.

Moosader is still a fledgling company, so we don’t have any regular career positions available.

However, we do occasionally contract out work to creative types around Kansas City, as well as provide some mentoring, or even internships, to help people interested in app development to gain more experience and confidence.

If you’re interested in working with us, or know somebody who might be good for an internship, please feel free to reach out at Rachel@Moosader.com and we will let you know what is currently available!

Moosader is still a small startup, trying to build up into something greater. While we don’t have employees right now (besides the founder), we do team up with various people who lend their talent to help us create cool things. Let’s take a few moments to acknowledge and thank these people! 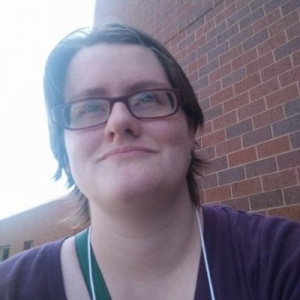 My goal is to provide opportunities for people to learn to create. I try to inspire, guide, and encourage the “Moose Team” as they work on their projects.

Alexa, Shawnee, Rebekah, and Rose are all working on their own Visual Novels with the RenPy engine!

Shawnee and Dilendra worked with Lua and Gideros to build an Android game!

Though not formally part of the Moose Team, these people have also helped us out!

Jess has helped us with trailers and marketing!

RLT is a Kansas City musician, who also did the soundtrack for Gift Grab: Christmas Quandary.

Chris also provides guidance to Rachel, on topics like management and entrepreneurship.

Everybody should have the chance to learn.

Moosader is committed to creating high quality educational resources, available for free, and using tools and technology available for cheap or a low price.

The best team is a diverse team.

What do you have to say?

Listen to people’s concerns and experiences – customers, employees, the public, and so on. Take complaints, concerns, and ideas seriously. Everybody deserves to be heard.

Amplify the voices of those who are not listened to enough. Do not talk over people when they have struggles – amplify their voices for all to hear.

My voice is not more important than your voice.

Everybody deserves respect. Students who are trying to learn should never be put down. Team members should be treated with trust and dignity. Critics should be heard and considered.